How to Deal with PMS (PreMenstrual Syndrome) 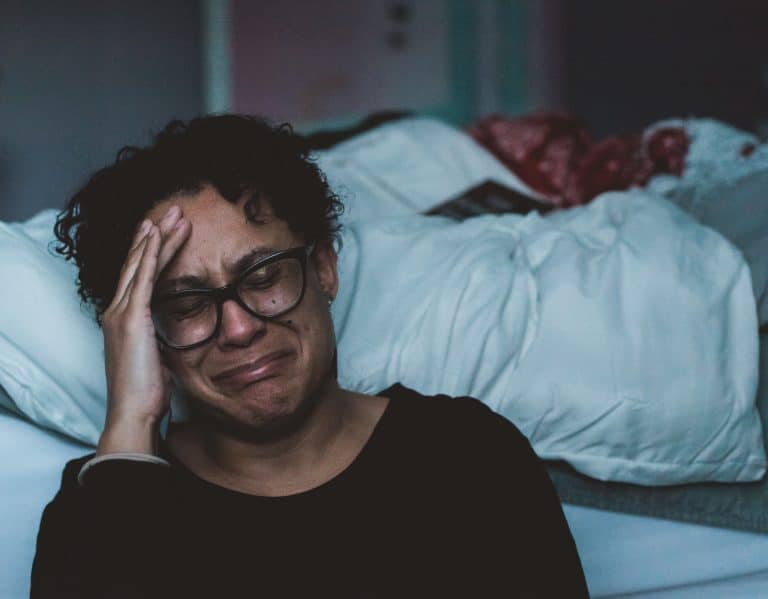 When its almost that time of the month, you wish you knew how to deal with PMS – premenstrual syndrome – but since you don’t, you have to go through the uneasiness that comes with it.

Some ladies have it easy; they can’t differentiate a time of the month in their menstrual cycle to another – not because they don’t know how to, but because their body doesn’t give them a reason to – until the marked date comes. However, it is the opposite for others.

In this article, we will discuss what premenstrual syndrome is, what causes premenstrual distress, and how to cope with PMS.

What is Premenstrual Syndrome

Premenstrual syndrome, popularly called PMS (as we will mostly call it in this article), is the physical, emotional, and psychological distress that is associated with a woman’s menstrual cycle, specifically after ovulation and before her menstrual flow begins.

It is commonly thought that all women experience PMS. While this may be true in a sense, it has been proven that clinically significant PMS (PMS that is moderate to severe in intensity) is experienced in about 20% to 30% of women and it is most severe in women of about 40 years and above. This is not to say that women of lesser age do not experience severe PMS, they do.

PMS usually occurs between the fifth to the eleventh day before the onset of menstruation, after which the symptoms disappear.

PMS is characterized by emotional symptoms that are manifested through a woman’s mood. It is also expressed physically. However, the intensity of these symptoms varies from person to person and from cycle to cycle in one person.

Here are some of the emotional and mood-related symptoms associated with PMS:

The physical symptoms of PMS include:

While the premenstrual symptoms are familiar to almost all women, it is interesting to note that these symptoms are also presented as signs of pregnancy. Therefore, it is hard to diagnose PMS in a sexually active woman, except when the use of some medication that stop ovarian functions is employed.

The cause of PMS is most likely the interaction between the heightened sex hormones and decreased serotonin, a brain chemical that occurs at the beginning of the menstrual cycle. Hormones such as Oestrogen and Progesterone are central to the menstrual cycle as they are to pregnancy. Therefore, they are responsible for most of the emotional symptoms of PMS as they are in Pregnancy. Serotonin also affect moods and emotions.

The reason for the trigger of these heightened hormonal presence is unknown, however, study has shown that hormones are central to PMS.

How to Deal with PMS

There’s no doubt, PMS can be a pain in the behind, especially when it gets in the way of getting things done or making   you look like a bad person when you hardly have control over your own emotions. However, to handle PMS, you have to deal with its symptoms. This doesn’t make the symptoms go away, but it makes the experience bearable. 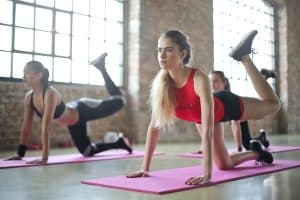 Engaging in any form of exercise is hugely beneficial. It only makes sense that you should exercise regularly in order to minimize the symptoms of PMS. Exercises help you eliminate unhealthy weight, which is one of the symptoms of PMS, and aids in getting rid of bloating caused by water retention.

It also helps to improve your mood by increasing your serotonin levels.

Consistently engaging in exercises, regardless of how much you don’t feel like it helps to deal with PMS.

While the physical symptoms of PMS may be dealt with by using medications, the emotional symptoms require emotional measures to counter it. That means you have to surround yourself with friends that will help to lift your mood when the depression sets in. people who will not sulk when you lash out at them due to your inexplicable irritation.

Just a shoulder to lean on when you are down, an ear to listen without criticizing, a hand to give you a mug of coffee, goes a long way in how you deal with PMS.

Bloating due to water retention is an issue when it comes to PMS. All of a sudden, you feel fat and swollen. To help with that, you need to complement exercising with the right diet. Reduce your intake of salt and sugar.

Sodium, contained in salt is primarily responsible for the water retention. It will be best if you kick out an excess of it by first, reducing its intake and exercising.

Improving your diet will aid you in your quest to deal with PMS.

Doing away with them will definitely improve your chances to deal with PMS.

Medications such as ibuprofen, aspirin, diclofenac, and other NSAIDs are effective in dealing with the physical symptoms of PMS. Most of these medications are available over the counter.

Other medications like vitamin D, folic acid, vitamin B6, magnesium, and calcium also help to deal with PMS.

For a more severe case of PMS called Premenstrual Dysphoric Disorder (PMDD), it is best you consult a doctor who will diagnose you and prescribe the appropriate medication to boost your serotonin level and if applicable, advice you on undergoing cognitive behavioral therapy sessions.

To deal with PMS, you need the support of friends and family. Therefore, surround yourself with them. Medications are also available to make it easy to deal with PMS, use them, if the need arises.