What is Testicular Torsion: How bad is the condition? 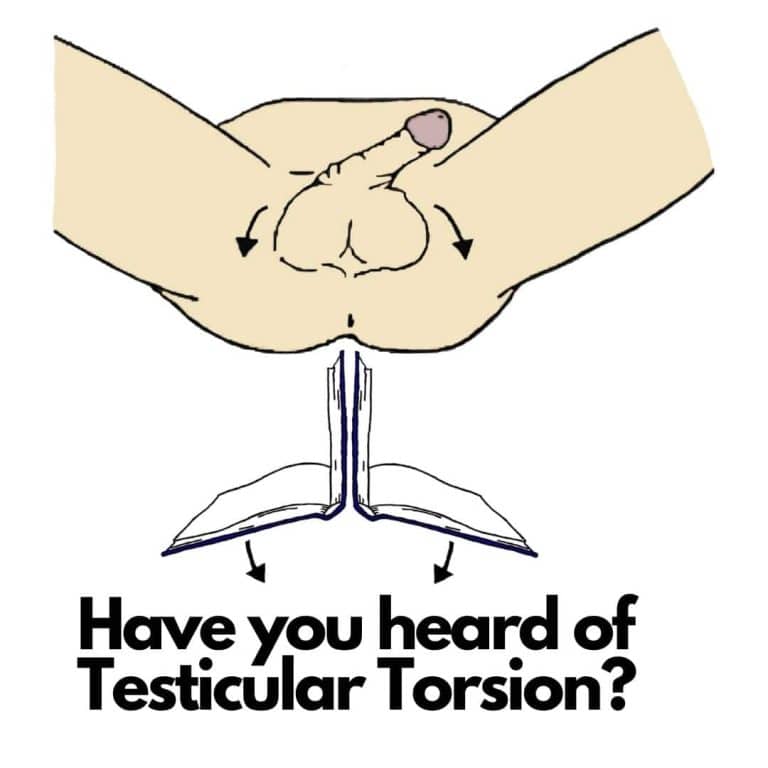 Have you heard of a condition called Testicular torsion? This article will guide you and make you understand more about it.

What is testicular torsion?

When the tissues surrounding the testicle are not properly attached, it is known as "testicular torsion." Testicles may become twisted around the spermatic cord as a result of this when this happens, the blood supply to the testicle is cut off completely. If you experience any discomfort or swelling, it is an emergency and should be treated as such.

The spermatic cord is responsible for supplying blood to the testis. When the testicle rotates, the blood flow is cut off, likely to result in acute, regularly severe pain and swelling.

Torsion of the testicles 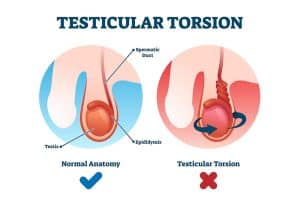 The spermatic cord and the scrotum are connected to each testicle. The testicle might be torn if the cord that runs up from it into the abdomen causes it to rotate.

The spermatic cord gets twisted as a result of the rotation, which decreases blood flow. Blood flow can be completely interrupted if the testicle is rotated numerous times, resulting in more rapid destruction.

In males who suffer testicular torsion, there may be an intrinsic feature that allows one or both testicles to freely rotate inside the scrotum. The spermatic cord is connected to scrotum-free testicles. The testicle "swings" like a bell clapper in this "bell clapper scrotum."

While standing, sleeping, exercising, or sitting, persons who are susceptible to testicular torsion can experience it at any time and without any obvious reason. It can be triggered by an accident or rapid development during puberty in some youngsters.

Testicular torsion is more common if one of the following conditions exists:

Males between the ages of 10 and 25 are most likely to suffer from testicular torsion. It can happen at any age, although it's quite rare for someone older than 30 to experience it. One in every 4,000 boys before the age of 25 is affected by this disease, which affects teenagers between the ages of 12 and 18.

If the torsion develops once and resolves without treatment, it is likely to recur in either testicle unless surgery is performed to cure the underlying problem.

Testicular Torsions are more likely to occur in cold weather. A man's scrotum relaxes while he is in a warm bed. When he gets out of bed, the cooler air in the room hits his genital region. As a result of the testicle's quick constriction due to the sudden temperature shift, while a person's scrotum is still loose, his or her spermatic cord can twist and Testicular torsion will be the outcome.

Sometimes testicular torsion occurs before childbirth. The testicle cannot be preserved in this situation, however post-natal surgery to diagnose and cure testicular torsion in other to prevent future reproductive difficulties is recommended as a precautionary measure. 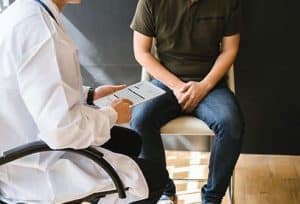 Testicular torsion may cause the following symptoms:

The torsion normally manifests itself in a matter of hours, although it can take a few days for symptoms to occur. For sudden or severe discomfort in the testicles, it is critical to seek immediate medical attention. A different ailment could be causing the symptoms, but if testicular torsion is the underlying reason, early treatment can save the testicle from permanent damage or even loss.

In rare cases, a testicle may twist and then untwist on its own, resulting in pain that disappears without therapy. Intermittent torsion and detorsion are the technical terms for this. Even if the testicle untwists on its own, a doctor should be consulted as soon as possible because surgery may be required to prevent the problem from repeating.

How to Diagnose Testicular torsion

Most of the time, torsion of the testicles is an emergency. Treatment and diagnosis must be expedited. Examining the testicles, abdomen, and groin will help the doctor determine if the problem is caused by testicular torsion or something else.

Patients may be tested for reflexes by a doctor touching the inside of their affected leg or pinching it with their fingers. The testicle usually contracts as a result of this. If the testicles are torn, this response is unlikely to occur.

To protect the testicle's health, a urologist will be sought as soon as a diagnosis is in doubt. There are a variety of medical tests that can either confirm a diagnosis or point to another issue which includes:

Detection of an illness by urine or blood testing. Testicular torsion can be detected by scrotal ultrasonography, which shows a reduction in blood flow.

Injecting small amounts of radioactive material into the circulation allows doctors to look for places where blood flow has been restricted, such as the testicles.

Testicular torsion or another ailment may necessitate exploratory surgery to determine the source of the patient's symptoms. There are times when a surgeon will attach the testicle to the scrotum wall despite the fact that the testicle has not been twisted.

Surgical intervention to save the testicle may be performed without further testing if the pain has persisted for several hours and a physical exam indicates testicular torsion.

Torsion of the testicles usually necessitates immediate surgical intervention. This condition is normally treatable within four to six hours, but waiting any longer can result in irreversible damage and impair a man's capacity to bear children.

In men, the ability to rotate or move the testicles in the scrotum freely is a genetic feature. This trait can be found in certain men, while others lack it.

For a man with this feature, the only option to avoid testicular torsion is to have both testicles surgically attached to the scrotum so that they cannot move freely.

The majority of instances do not necessitate the removal of the testicle if addressed within six hours. Most people will need to have their testicles removed if therapy is delayed for more than 48 hours.

Only around 2% of the time does torsion occur on both sides. If a guy loses a testicle, it does not mean he is unable to father children. Sperm will still be produced by the surviving testicle. However, among men who have suffered a torsion, the sperm count has been found to be much lower.

In addition, a baby's hormone production might be altered via an orchiectomy.

The remaining testicle may become larger to compensate for the loss of a testicle. To protect the second testicle, men might consider wearing protective clothes when participating in sports or other physical activities.

Testicular torsion can cause a number of different problems.

Torsion of the testes is a medical issue that requires quick attention. This illness can lead to serious problems if it is not treated as soon as possible, if at all.

Infertility will result if one or both testicles are damaged. Even if you lose one testicle, it shouldn't hinder your ability to conceive.

Testicular gangrene can occur if a dead or badly injured testicular tissue isn't removed. Infections such as gangrene can be deadly.

Death of the testicles:

The testicle can get badly injured if left untreated for more than a few hours, necessitating its removal. If treated within a four- to a six-hour window, the testicle is usually salvageable. There is a 50% possibility of saving the testicle after a period of 12 hours. 10% of the testicles can be saved within 24 hours.

A flaw in one's appearance:

Deformity caused by the loss of one testicle may induce mental distress. However, a testicular prosthesis can be used to solve this issue. Testicular atrophy, caused by untreated testicular torsion, can result in a testicle that is substantially smaller than normal. Sperm production can be impaired if a testicle has atrophied.