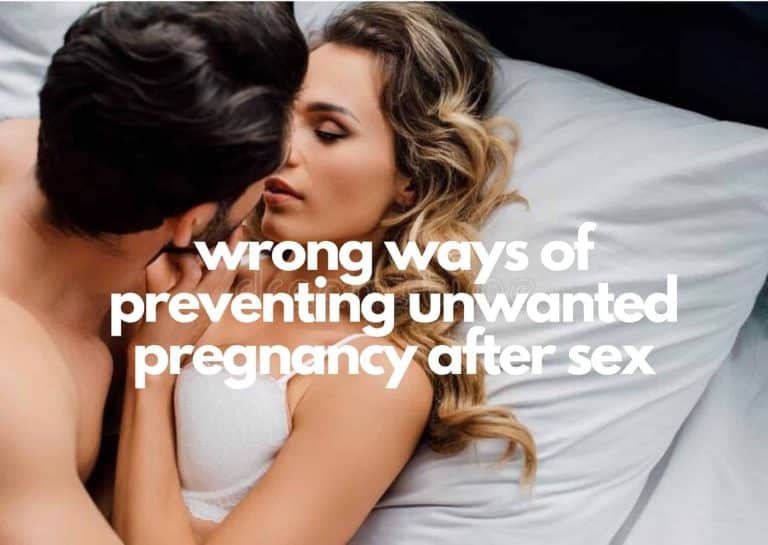 Many individuals use the wrong ways of preventing unwanted pregnancy after sex because of the tremendous need for family planning access and knowledge.

As a result of undesired pregnancies, many women use the wrong way of preventing unwanted pregnancy after sex. It's alarming to learn about some of the practices that so many of our reproductive-age women engage in. However, the good news is that improved methods of avoiding unintended births are now available to the public. Pregnancy prevention methods that are harmful to women include the following:

Ginger is mistakenly thought to have contraceptive qualities in some cultures. The spiciness of ginger tea was thought to have an effect on the menstrual cycle in areas of Panama in the 1990s. They drank galangal mixed with black pepper and rice wine to prevent conception in Cambodia.

Most women apply disinfectants to the external genitalia to prevent unwanted pregnancy, either as a douche or as a topical application. It is possible for disinfectants to cause skin irritation and perhaps sepsis and even death if they are inhaled during pregnancy. It doesn't work: "No disinfectant administered into the vagina will prevent unwanted pregnancy. Disease-causing microbes are the same. Disinfectants can also be used as a douch or applied on the external genitalia to destroy sperm. Chemical burns and skin irritation are possible side effects, and if ingested, sepsis and death are possible outcomes.

This is another risky method of contraception. Aspirin and Coca-cola have no reproductive components that can prevent the egg from being fertilized during unprotected intercourse.

If you lick or drink honey after unprotected intercourse, you will not prevent pregnancy. Honey will not also harm the sperm poured inside.

Pregnancy prevention methods that involve injecting or eating toxic substances are popular among many women. Vinegar may be applied to the vagina prior to or following intercourse by some women. Contraception is not possible with vinegar. As a result, vaginal infections are more likely to occur because of an imbalance in the natural bacterial balance.

Despite the lack of scientific proof, many women still believe that various locally manufactured concoctions may prevent pregnancy, which in turn has detrimental repercussions on the women.

Among girls, this is a regular occurrence. Some alabukun powder, mixed with a little amount of water, is thought to prevent women from becoming pregnant after a sexual encounter. This might lead to stomach pain and other health issues.

Ladies mix a considerable amount of salt with a few glasses of water and drink. This, when ingested, is also thought to prevent unwanted pregnancy after sex. This strategy, in reality, does not prevent fertilization. This merely puts the ladies at risk in terms of their health.

After unprotected sex, this is one of the chemicals that is thought to prevent unwanted pregnancies. Based on the idea that alum aids in sperm coagulation before they enter the uterus, this method is thought to be effective in preventing conception. As a vaginal suppository, some feel that alum can help prevent unplanned pregnancies. Furthermore, it is said that it aids in the tightening of the vaginal tissue. This suggests that the typical vaginal Flora is irritated and out of balance as a result of this.

Soap and water are used to remove sperm from the vagina in this procedure. This isn't going to work. They hope it would wash the sperm away, but sperm enters the uterus before women have a chance to rinse it out. The technique may cause irritation or infection in the vaginal acidity.

12. Massage of the uterus

Traditional birth attendants in Myanmar conduct an abdominal massage because they believe it affects the position of the uterus, preventing sperm from passing through. Preventative measures such as these are still widely practiced." In spite of the lack of proof, the procedure may be quite uncomfortable.

Balloons are used instead of condoms in some countries, such as Sri Lanka. Infections and rashes can occur as a result of inhaling helium-filled balloons. They're also prone to breaking." Condoms and balloons are worlds apart.

Most women use alcohol as a vaginal wash rather it causes vaginal dryness and dyspareunia or painful sex may be caused by the high alcohol concentration." Schnapps and royal dry gins, which are considered vaginal washes, can lead to painful sexual intercourse and dryness of the genitals. It's dangerous and there's no proof that drinking may prevent pregnancy.

The use of lemon slices or juice in the vagina after intercourse has been documented in numerous nations. Inflammation, dysbacteriosis, and other issues may result from this.

Pregnant women and those who want to terminate their pregnancies often turn to herbal remedies. An elderly person's health might be put at risk by using turmeric in their water as a contraceptive. It is common for women to rely on herbal remedies to avoid pregnancy, but this is rarely effective. The use of turmeric in water as a contraceptive was reported by elderly couples in western Nepal.

Traditional medicines were utilized in Viet Nam to prevent pregnancy in the past. However, these may be contaminated with chemicals or heavy metals, or may interact with other drugs in a dangerous way. "No specific amounts are known to be useful" for neem oil or tea in Madagascar, says community health worker Tema Noeline. Women in Mexico have been reported to use an antiquated and unsatisfactory contraception practice called rue tea.

Drinking milk and iodine after sexual intercourse is common practice among women to avoid pregnancy. Inflammation, oesophageal burns, stomach pain, and hormone abnormalities are all possible side effects of iodine solution. There's no number of these remedies that can stop pregnancy from occurring.

Many more uses have been found for soaps, as well. A few decades ago, some women in Eastern Europe and Central Asia inserted a piece of laundry soap into their vagina in the hopes that the alkalinity would destroy sperm. Inflammation, ulcers, and other negative effects are possible side effects of this procedure. It's not a good way to avoid getting pregnant, either.

Pregnancy prevention practices include the consumption of milk and iodine by women in Kyrgyzstan. This approach, which was most often utilized in the 1980s and 1990s, can still be found in some rural locations. Inflammation, oesophageal and stomach tissue burns, and hormone abnormalities can all be caused by iodine solution, which is poisonous. No effect of the combination on preventing pregnancy can be attributed to it at all."

Coca-Cola is rumored to have contraceptive qualities in various areas. After a sexual encounter, it is not uncommon for young people in Angola to consume Coca-Cola mixed with two or more aspirin. In North America, Eastern Europe, and Central Asia, the beverage has also been used as a vaginal douche. Tissue damage and infections might occur as a result of this technique, which is also unsuccessful.

"Some communities are barred from using contemporary family planning techniques, and women are now resorting back to surreptitiously using old methods instead," the fighting in Yemen has cut off access to dependable contraception. On the fifth day of the menstrual cycle, some women consume crushed mango seeds mixed with water. Antibiotics and honey are also out of the question for them. Although there is no proof that the procedure works, it is possible to be hazardous if antibiotics are required by a doctor.

In certain cases, these methods put the women at risk for a wide range of reproductive issues, including sepsis, haemorrhage, and even death. Other techniques for preventing pregnancy include oral contraceptives, emergency oral contraceptives (post-pills), the use of condoms, intrauterine devices, and other barrier approaches. 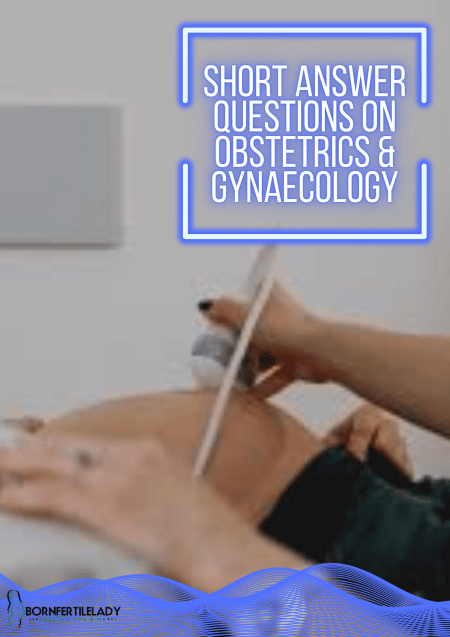