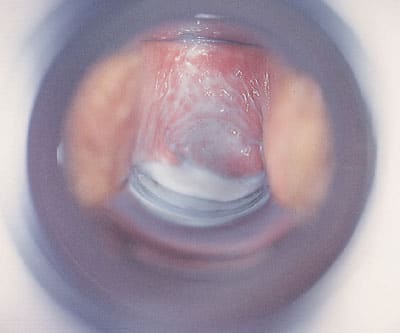 Bacterial vaginosis is an infection of the vagina that occurs in women. It I characterized by a thin white, grey, or greenish discharge from the vagina and it is often accompanied by a fishy smell. It occurs when the level of lactobacillus in the vagina drops, giving room for the growth of harmful bacteria in the vagina.

To do its duty of population control, it keeps the vagina acidic by producing hydrogen peroxide that keeps other microorganism in check. To protect itself, it creates biofilms and the human body, in honor of their symbiotic relationship, provide shelter and nutrients to the bacteria. Lactobacillus is a common probiotic found in foods such as yoghurt and can be very beneficial to pregnant women and their babies.

Most women do not experience symptoms when they are infected by bad bacteria that gives rise to bacterial vaginosis. However, in the cases where symptoms are:

Bacterial vaginosis is caused by the decline in the population of the good bacteria, lactobacillus, that is resident in the vagina. The decline in it population gives room to the growth of bad bacteria that then cause bacteria vaginosis due to their increased population.

The decline in the population of lactobacillus is usually caused by antibiotics or the removal of bacteria from the vagina by douching. These two acts are chiefly the reason for the drop in the good bacteria population.

There are activities and conditions that can make you susceptible to developing bacterial vaginosis. Let’s highlight them. 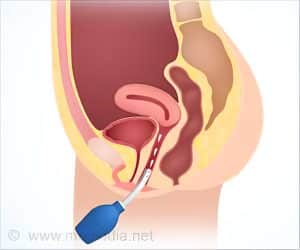 Douching is the act of cleaning out your vagina with water or other cleaning agents. This act is one of the reasons for the decline in the good bacteria population in the vagina. While you are rinsing your vagina out, you have no idea what type of microflora you are getting rid of but one thing is certain, you have disturbed the balance of the microflora in your vagina.

The vagina is a self-cleansing organ and doesn’t need to be douched.

However, its occurrence is not limited to heterosexual people alone. Woman to woman sexual experience also leads to bacterial vaginosis.

Some people, naturally, have a low level of lactobacillus in their body. In the vagina, there is a probability that the environment isn’t acidic enough for the bacteria to thrive. In this situation, people like this often have a repeat infection after treatment.

However, there is a solution to this as you will find out.

In the quest to treat a bacterial infection, streptococci, for instance, the good bacteria might get killed especially if the antibiotic is broad spectrum. This causes a reduction in the population density of lactobacillus and consequently lead to bacterial vaginosis.

Smoking has been found to increase women’s chances of getting infected with bacterial vaginosis. This could be attributed to the detrimental effect of this act to the good bacteria.

Complications rarely arise from being infected with bacterial vaginosis. However, some have been recorded and they include:

Being infected with Bacterial vaginosis makes you susceptible to other sexually transmitted infections such as herpes, gonorrhea, chlamydia, and HIV. A woman with HIV and bacterial vaginosis will readily pass HIV to another woman as the bacteria vaginosis readily makes the sexual partner susceptible.

In pregnant women, the biggest complication that may arise from getting infected with bacterial vaginosis is delivery of their child before term. When this happens, the child is usually underweight.

Bacteria vaginosis, if not quickly and properly treated may spread to other areas of the reproductive system such as the ovaries, fallopian tubes, or uterus. It might cause PID in the fallopian tubes and that may lead to scar tissue formation.

This may lead to blocked fallopian tubes which also leads to ectopic pregnancy.

Surgeries that involve the reproductive system will always be at a risk of being infected by these bad bacteria once infection has happened before. Surgeries such as D&C and hysterectomy are the riskiest gynecologic surgeries in this case.

To ascertain that you are infected with bacterial vaginosis, your doctor will question you about your medical history. He or she will do an overall check on you to cross out all possible cause for the symptoms you have presented.

A pelvic exam will be the next step and then your vagina’s pH level to check for acidity. The final step will be for him or her to take a swab of your vaginal discharge and test it for bacterial presence.

Treatment for bacterial vaginosis usually involves the use of antibiotics for about 5 to 7 days. It is expected that during the period of treatment, you abstain from sexual activity with your partner or partners.

It is important to note that there might be a re-occurrence of the bacterial infection. In view of this, another antibiotic treatment will be administered. This time for a lengthier period. Endeavor to complete your dosage.

Another form of treatment is to consume foods that are rich in the good bacteria, yoghurt for instance. For the pregnant women, prenatal vitamins with probiotics will do.

Bacterial vaginosis is a serious infection that could lead to more serious complications. It is caused by the reduction in population of lactobacillus, a good bacterium that helps to keep the bad bacteria and other harmful pathogens that live in the vagina in check.

To treat bacteria vaginosis, antibiotics have to be taken. It is necessary that the dosage be completed. Also, avoid intercourse during your treatment.