Can you donate plasma while breastfeeding? | Answered 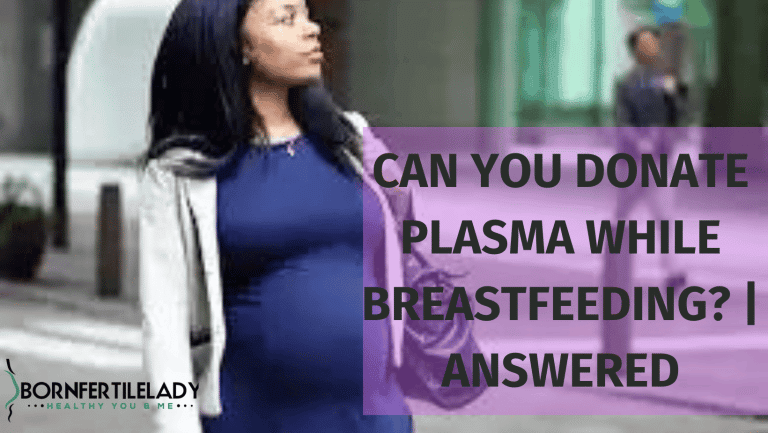 Do you know that you can generate funds for yourself by being a plasma donor? Imagine saving lives and getting paid just for that.

These and many more are what will stand to benefit as a plasma donor. one of the importance of plasma donation.

But can you donate plasma when you’re breastfeeding?

Here’s what you need to know about plasma donation during breastfeeding,

Blood's liquid component is called plasma. Approximately 55 percent of human blood is plasma, and the remaining 45 percent is made up of suspended red blood cells, white blood cells, and platelets.

About 92 percent of plasma is water.

In addition, it has a 7 percent content of essential proteins like albumin, gamma globulin, and anti-hemophilic factor, as well as a 1% content of mineral salts, carbohydrates, lipids, hormones, and vitamins.

Plasma is frequently administered to patients with trauma, burns, and shock as well as those with severe liver disease or multiple clotting factor shortages.

It facilitates blood clotting and increases the patient's blood volume, which can assist prevent shock.

Pharmaceutical companies use plasma to create medicines for ailments like immunological deficiencies and bleeding disorders.

What is plasma donation

The liquid component of the donor's blood is separated from the cells when only plasma is donated.

Plasma is collected by sending blood through a sophisticated machine after it is extracted from one arm.

The donor is then given back some saline along with the donor's red blood cells and platelets.

It is a quick and safe procedure that only adds a few minutes to blood donation.

Within 24 hours following donation, plasma is frozen to protect its important clotting components.

When a patient needs a transfusion, it can be frozen and kept in storage for up to a year.

Some of the reasons you should donate plasma include to earn more money as donors are sometimes paid for the procedure, to create an impact on someone's life, to reduce your stress level, and to be healthier so if you are still wondering why you need to not plasma, this has answered the question.

Read also: Calculator of child gender by the method of “Blood Updates”

Donor security and safety during donation are crucial, so a donor must fulfill the necessary criteria before being invited to donate plasma.

Since there is a greater need for plasma in healthcare facilities, there are several requirements that must be met before one is permitted to donate it.

The requirements that your facilities may require before you are permitted to donate plasma are listed below  but it depends on your facility:

Can you donate plasma while breastfeeding?

Yes, you can donate plasma while breastfeeding.

Preparing for plasma donation is one of the important steps to be ticked before you are allowed to proceed with the procedure, Here are some of the preparatory steps to be taken if you wish to donate plasma as a breastfeeding mother :

Plasma donation is a charitable act that anyone or everyone can perform to support the sustenance of life in our society.

Breastfeeding mothers are encouraged not to donate plasma right away because they must have lost some during childbirth, but rather to wait until they have fully recovered, which may take up to six months, depending on whether they intend to donate again while still nursing their babies.

To safeguard the lives of the donor and the recipient, careful planning and checking of requirements must be made before permitting the mother to donate plasma.

Last but not least, since this is a charitable act, everyone should be free to donate as they like and no one should feel under any obligation to do so.