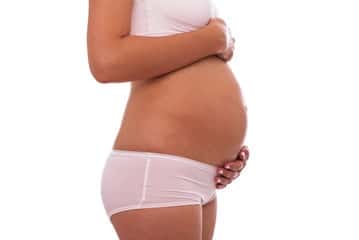 Mothers Taking Probiotics During Pregnancy May Reduce Obesity In Children

A recent study found that taking probiotics during pregnancy may lead to a reduction in gestational diabetes and reduce the risk of obesity later during a child’s life. The development of high blood sugar during pregnancy is known as gestational diabetes and is linked to the development of Type-2 Diabetes later in life, as well as putting the offspring at an increased risk of obesity and diabetes later in life.

Researchers are reporting that probiotic supplements may reduce the frequency of gestational diabetes by as much as 20 per cent according to information published in the British Journal of Nutrition.

Researchers found that in addition to lowering gestational diabetes that probiotics may also help reduce the mothers from having larger sized babies. In the study, they found that the health benefits from the mother and babies maybe do towards balanced maternal nutrition during pregnancy and lactation and by promoting healthy gut microbiota in the mother and the child. 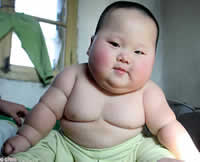 This study may add weight to the argument that the continuing problem of obesity in Western Lifestyles may be modifiable. Based on these findings, prenatal dietary measures combined with probiotics could provide a safe and cost-effective tool in reducing the obesity epidemic.

At the end of the 24-month study, the researchers found that the frequency of gestational diabetes was reduced in the group taking probiotics (13 per cent), compared to the diet-placebo group (36 per cent) and the control group (34 per cent). In the few women affected by gestational diabetes, the dietary intervention was found to independently diminish the risk of larger birth size in infants.

In addition, no adverse events were reported to the mother or child, and no effects on the duration of pregnancies were recorded.

Which probiotics are best for weight loss?

Losing weight is not the only way to fight obesity. Prevention is even more important, in preventing the weight from accumulating in the first place.

Studies have found that certain strains of the Lactobacillus family can help you lose weight and belly fat.

Of all the probiotic bacteria studied to date, Lactobacillus gasseri shows the most promising effects on weight loss. Numerous studies in rodents have found that it has anti-obesity effects ( Source).

One study followed 210 people with a lot of belly fat. It found that taking Lactobacillus gasseri for 12 weeks reduced body weight, fat around organs, BMI, waist size and hip circumference.

What's more, belly fat was reduced by 8.5%. However, when participants stopped taking the probiotic, they gained back all of the belly fat within a month

How can I help my obese child?

Here are 5 key ways to help your child achieve a healthy weight:

If your child has a medical condition, the advice in this article may not be relevant. You should check with a GP or hospital doctor first. (Source)